Thanks to a volunteer researcher in Florida, I’ve gotten a copy of the obituary for Dad’s eldest brother, our Uncle Frank.

The obituary answers some questions, but raises others. The obituary is from the July 8, 1971 edition of the Florida Times Union. The first surprise is that Franks birtplace is given as “Mechanicsville” New York. That should be Mechanicville. I had thought that Frank was born in Worcester in 1903, but apparently not. The 1910 census gives his birthplace as Massachusetts, but in 1920 it’s New York.

The next surprise is that the obit says Frank had lived in Jacksonville “since 1917”, when he would have been just 14. Mom said she believed Frank had gone to Florida at a young age, but since he appears on the 1920 census living with the family in Worcester, I thought it was sometime after that. It could be that he was just visiting home when the census taker showed up in 1920? 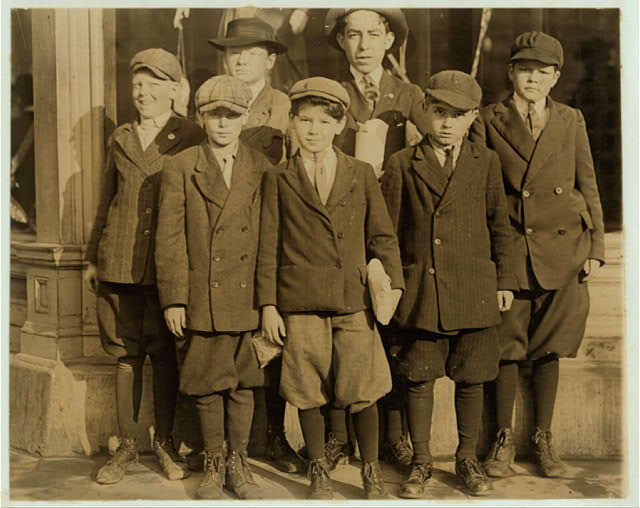 The birthplace information, and the mention of his longtime employer, Felchgott’s, a Jacksonville department store, would seem to confirm that the Frank P Sheehan living in Jacksonville in the 1930 census is our uncle. The age is right, birthplace is New York, and occupation is salesman in a department store. I noticed when I revisited the 1920 census record that Frank’s occupation appears to be “shipper”- it’s not a very good image, but the place of work is pretty clear: “Department Store”. It doesn’t say which department store, and it might well have been Furchgott’s. Seventeen was by no means a young age to be employed full time, and Furchgott’s employed boys as young as nine as “cash boys” and “wrappers” in 1913, when this picture was taken, just four years before Uncle Frank arrived in Jacksonville.

This entry was posted in genealogy, Mechanicville, Sheehan. Bookmark the permalink.